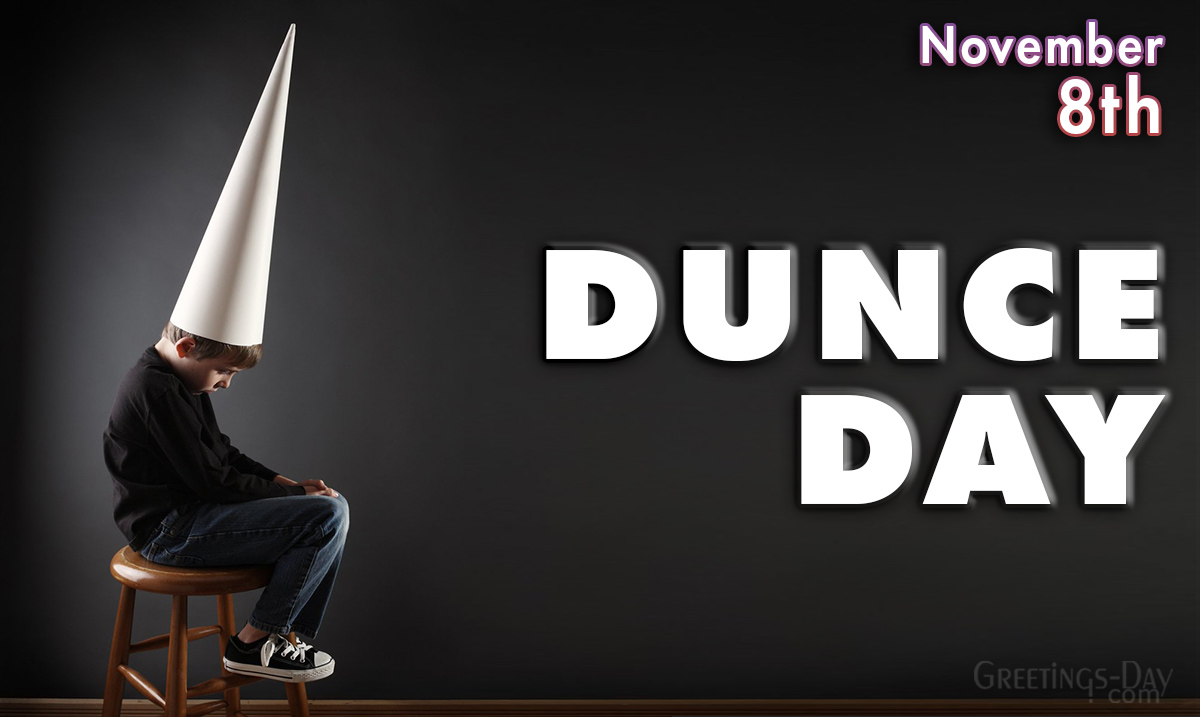 Dunce Day is all about learning. So, lets get right to it and learn about dunce caps and the creator of dunce caps.

Duns Scotus of Duns, Scotland was a medieval scholar. Perceptions of his views ranged from brilliant to less than complimentary. Duns Scotus believed that cone shaped hats increased learning potential. He believed knowledge would flow from the point of the cap, down and into the head of the wearer, making that person smarter. About all this accomplished over time, was the perception of a person wearing a dunce cap to be…… a dunce. There was a positive side to his use of dunce caps. It motivated the wearer to learn more, so he could be rid of the the cap. Scholar critics of his work derived the term “dunce” from his name and place of birth.

URL: (direct URL to the Holiday)

We use cookies to ensure that we give you the best experience on our website. If you continue to use this site we will assume that you are happy with it.Ok